How to filter tasks by status

Written by Janika
Updated over a week ago

The statuses help distinguish between done, to do, delayed, starts, and overdue. With the help of statuses, you can conveniently monitor and filter tasks as needed. You can also keep an overview of undone tasks as deadlines approach.

Status-based task tracking on the desktop

First, click on the filter icon in the right corner of the dashboard.

Then choose the status of the task based on which you want to filter the desktop. 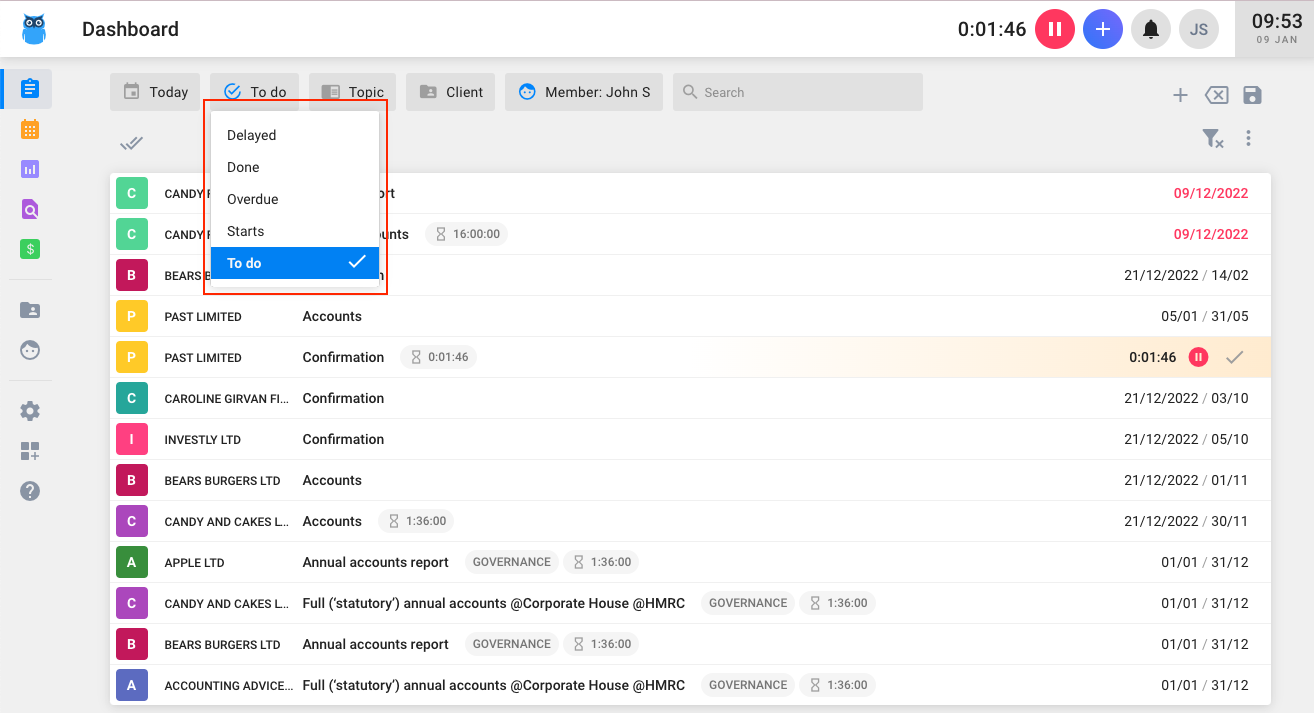 You can filter tasks in the report and calendar based on a similar logic.

Task statuses are created by the system and are updated automatically according to the phase of the task.,

Did this answer your question?